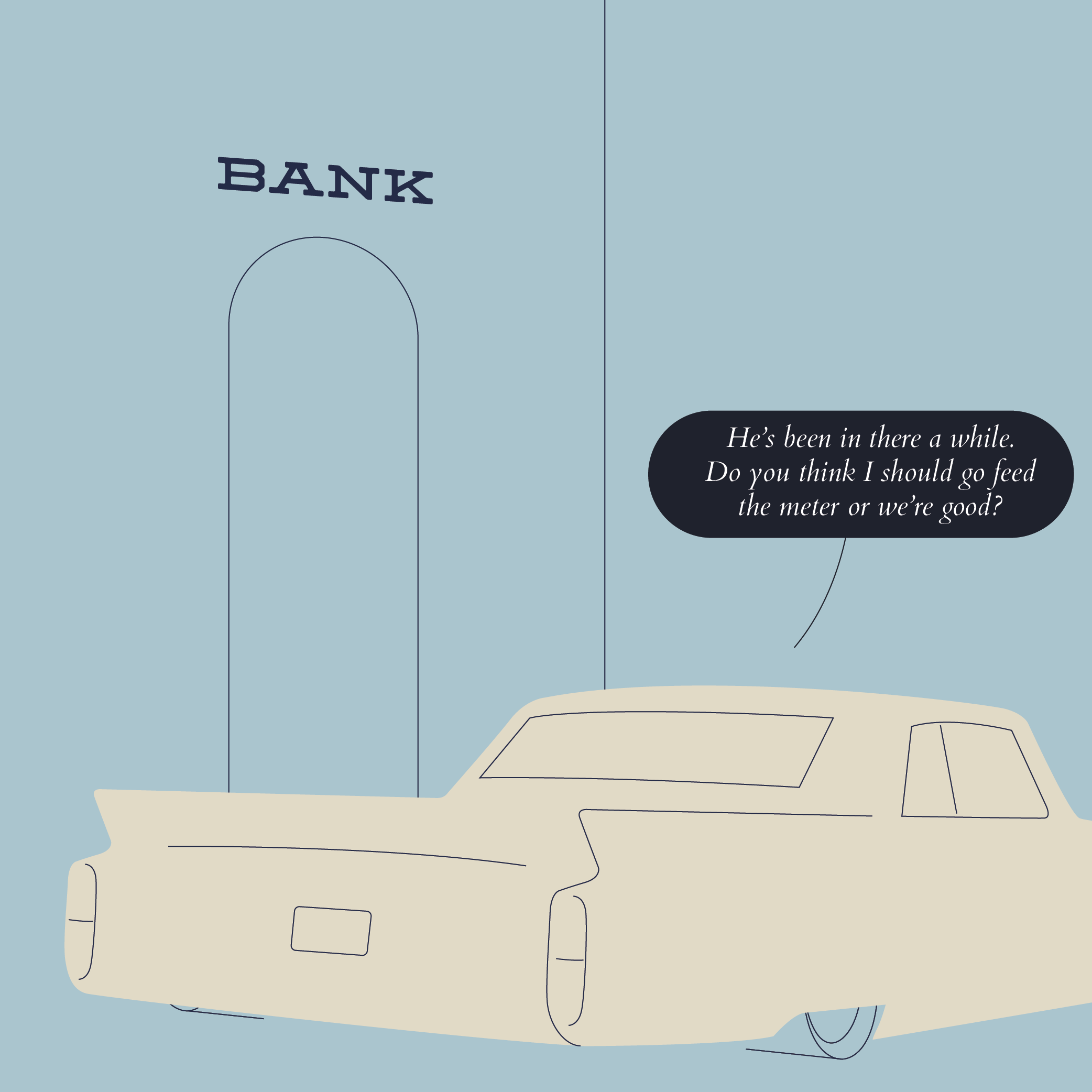 HM, I DIDN’T KNOW THAT

KEEP THE ENGINE RUNNING, I’LL BE IN AND OUT.

In 2016, there was a bank heist in which almost $1 billion — yes, with a “b” — was stolen from Bangladesh Bank, the central bank1 of the country of Bangladesh.

A billion dollars is a lot of money. And unfortunately for the nation of Bangladesh, the hefty sum — the exact amount was actually $951 million — was taken from the bank electronically and sent to an account at the Fed2 in New York City from which it was then split up and sent to multiple accounts around the world.

How did all this happen?

There were some hackers who got themselves into the banking system through one malware-filled email that an employee at the bank opened. The malware allowed the hackers access to — basically everything. Did they go for the vault? The security cameras? The alarm? In fact, they went for …the printer. See, this bank had a printer in the back office that would print out the bank’s transactions, non-stop, 24/7. The hackers disabled it at the click of a mouse then moved onto sending the fake money orders to the Fed, which they did on a Saturday when the Bangladesh Bank was closed. The employees of the bank didn’t realise it until the bank reopened, which was the next day, on Sunday — in some Islamic countries like Bangladesh, banks close on Friday (the Islamic holy day) and open on Sunday instead — but by then it was too late. Because even though the employees had figured out that their bank was under attack, they weren’t able to do anything to cancel the transactions as it was Sunday and the office at the Fed was closed.

The money was destined for a number of different locations around the globe, with four* of these payments heading to an account that had been opened quite recently using some fake IDs in the Philippines. So the money headed there. Even though on the next day, on Monday, the Fed was able to block most of the money moving around, they weren’t able to do a whole lot because that particular Monday just happened to be a public holiday in the Philippines — Chinese New Year. Something tells me that wasn’t a coincidence.

In the end, the thieves made off with $63 million which was taken from the suspicious account in the Philippines and they were never caught. Now, a big question that remains is: who did it?

There is some speculation that behind this elaborate heist was not a group of people, but instead the nation of North Korea.

Look, I’m not saying that they were definitely the ones that did it, but there was the Sony Pictures incident of 2014. So, I don’t know, maybe? Also, in the investigation, they looked through the malware and found Korean language in the code. But who knows.

Anyways, let’s move onto something a little less dark, shall we? Who is the richest person who has ever lived? Nope, it isn’t Jeff Bezos or Mark Zuckerberg or someone mentioned in some sort of Forbes list. It’s actually a king known as Mansa Musa. He lived in what is now Mali, a country in West Africa, and he was the Mansa (king) of the Mali Empire back in the 14th century. His fortune, estimated to be equivalent to roughly US $400 billion in today’s money, was so large that none of the billionaires of today even come close, making him famous for being one of the richest people of all time. So famous, in fact, that he ended up on the Catalan Atlas3.

But I don’t think Mansa Musa was able to amass the wealth that he did from robbing banks and sending out ransom letters (it was more through trading with things like gold and salt). He was so wealthy, in fact, that he went on the Islamic pilgrimage (known as hajj) to Mecca and despite the fact that the pilgrimage takes only a week to complete, he spent an entire year travelling, building mosques and gave greatly to the poor along the way. He returned home leaving behind a trail of rumours that were spreading throughout the land. The tale of a super-wealthy and generous king even made it to Europe, through the Mediterranean traders and travellers of the time. Even after his death, his legacy lives on especially through things that he built such as the Djinguereber Mosque located in Timbuktu which was a university as well as a mosque to which scholars would flock from all over the Islamic world.

So if you want to get rich, here’s a tip: don’t rob a bank. There are tons of ways in which you can leave behind a good legacy. Like the legendary Spanish painter Francisco Goya, for example. He isn’t remembered for his wealth, but rather for his amazing (albeit a little creepy at times4) work that is celebrated and remembered even today.

1 A central bank is kind of like a “main” bank of a country which controls and manages the country’s finances. Currently, almost every country in the world has a central bank.
‍
2 The “Fed” as it’s known is the Federal Reserve, is the central bank of the US, so it basically controls all of the currency in the US. The interesting thing about it is, though, that although it sounds like some sort of boring government division, the Federal Reserve isn’t totally owned by the US government but rather a little autonomous with a lot of it being driven by private investments.

3 A medieval map — also known as a mappamundi — that was created in 1375. It featured the British Isles along with most of Europe as well as northern Africa, the Middle East and some of Asia. It’s considered to be one of the most important maps of medieval times.
‍
4  Last time I mentioned how Saturn Devouring His Son is one creepy painting, right? Well, if you liked that, check out the rest of Goya’s Black Paintings. They are a series of paintings, one of which is Saturn Devouring His Son — which by the way is called Saturno devorando a su hijo in Spanish. These Black Paintings were made in the final few years of Goya’s life after he had gone through some mental health issues and retreated himself to a solitary life. The fourteen paintings — possibly fifteen, according to some rumours — are a seriously cool work of art. The best part is that he actually painted them directly onto the walls of his house and they all depict various subjects in a surreal, dark and definitely very creepy way. My favourite of the Black Paintings is Witches’ Sabbath, mainly because of the visual quality the painting has with the large, black shadowy figure resembling a goat that stands boldly to one side of the painting. And the faces of the witches, just like a lot of the other faces in the Black Paintings series, are quite smudgy and deformed, giving an unsettling vibe. Now isn’t that what art is all about?
‍

HM, I DIDN’T KNOW THAT

Some fun facts. With a twist.