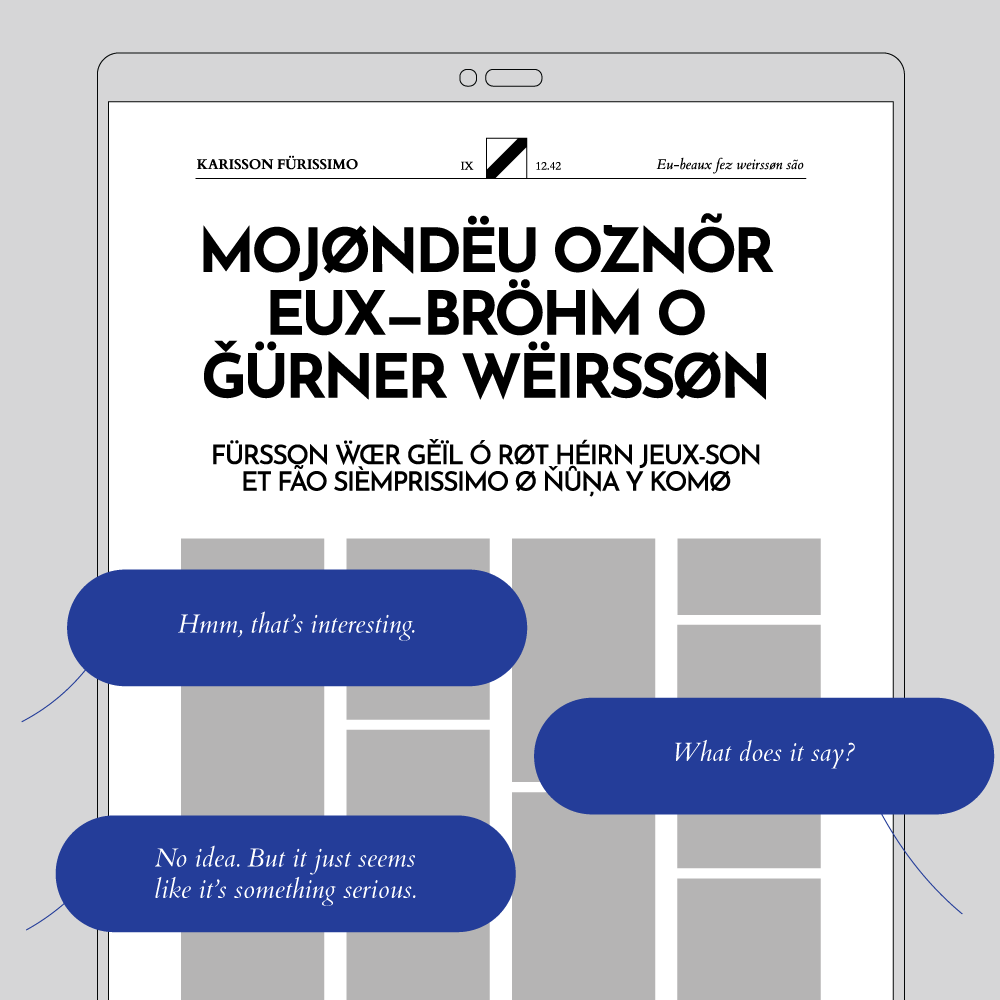 DON’T EVERYBODY SPEAK ALL AT ONCE.

Language is such a weird thing, isn’t it? It’s like there are so many different languages out there — around 7,151 — and there are some that you can understand and some that you can’t. Like isn’t that weird? Because most languages are just a combination of sounds, right? So if you take some sounds and combine them in a certain way, you will understand and be able to engage, but take some other sounds and combine them in a different way and you won’t be able to comprehend anything being said. Even though they are, in both cases, sounds coming from the human mouth being made by a human.

Sometimes, languages mix. This could be for all sorts of reasons, but in Fiji they speak a koiné language known as Fijian Hindi. Wait, what’s a koiné? A koiné language is a language that is formed when similar languages are exposed to one another. So in Fiji, one of the main languages that is spoken there was formed as a result of Indian labourers arriving in Fiji — back when both India and Fiji were British colonies — who were speakers of various Indian languages, but then as time went on, a new language began to form which kind of mixed the Indian languages (along with the Fijian languages) and created a new language that even I can actually understand a fair bit of as a kind-of-sort-of Hindi speaker1.

Then there’s also something called a creole language. A creole language is a language that is kind of derived from another with bits of other languages mixed in. In the Caribbean, there is an island2, and this island is shared by two countries: Haiti and the Dominican Republic. Haiti was once colonized by France, whereas the Dominican Republic was once colonized by the Spanish. So it makes sense that Dominican Republicans speak Spanish, however the people in Haiti speak not only French, but also Haitian Creole, a language that — to me, as someone who doesn’t speak either Haitian Creole or French — sounds like it’s something very similar to French, but not quite. Sorry, I know that’s not a very apt description, but I think that’s the best way I can describe what Haitian Creole sounds like to me. Anyways, Haitian Creole is the result of French mixing with some African languages.

There’s another African language in South Africa called Afrikaans — no, it's not one of the ones with the clicks3, but a language that although has some influences from African languages, is derived mostly from Dutch, along with some German persuasion. It, too, has been described as a Dutch-based creole. What does it sound like? I’ll spare you another terrible instance of me describing what a language sounds like and ask you to go ahead and just search it up on YouTube4 — with languages, I especially like the Wikitongues channel for seeing what languages sound like as they have native speakers going straight into presenting the language and talking naturally.

Singlish, an English-based creole, is more of an informal language, not given official status in Singapore. I learned recently that the government of Singapore actually doesn’t like to encourage people to use Singlish, as they’d rather people use Standard Singapore English, or “proper English” instead.

The last type of language we’ll talk about is a pidgin language. Not the bird or whatever those people were wearing on Google Street View8 but a form of communication that is when people who speak different languages develop a way to communicate with one another. What they speak isn’t really an official, fully-fledged language, but rather just a way for those people to interact with one another. A good example of this is the island nation of Vanuatu9 — which is actually the previous group of islands just before Fiji — where they speak a language called Bislama. Now, Bislama is actually a creole language, but it began as a pidgin formed mostly from English and other indigenous languages for the people that were blackbirded10 from all over the Pacific Island nations and brought as workers to plantations.

Here are some sample words and phrases from Bislama, and those of you playing along at home, you can guess what you think it means. Okay, first one: aisbokis. Can you guess what it means? It means “refrigerator”. And you can probable see why, right? Alright, next one: buk blong mi. What do you think? Okay, time’s up: it means “that book belongs to me”. Last one: nanbawan pikinini blong Missus Kwin. You probably won’t get this one, unless you’re a Bislama speaker or have heard this before. That one is the Bislama phrase meaning “Prince Charles”.

1 I can speak Urdu, the national language of Pakistan, and as I’ve mentioned before Urdu and Hindi do have some differences but they are, for the most part, basically the same language. Even if both India and Pakistan refuse to admit it.
‍
2 The name of this island is Hispaniola.
‍
3 There are a number of languages with clicks like Zulu and Xhosa, which are spoken in Southern Africa. Interestingly, the clicks aren’t always the same. There are different types of clicks used throughout the various languages, for example a click that sounds like “tsk tsk”, a click that sounds like a “pop” — like a bottle opening and a click that sounds like the click you make when calling a horse. Those are just three examples, but it’s pretty cool, right?

4 More on the best YouTube channels a bit later. Click here if you can’t wait and just want to “fast travel” there. Any other Legend of Zelda fans in?
‍
5 For those unsure what on earth that was, “Mississippi” is — yes, a state in the US, but also a way of counting seconds by adding “Mississippi” onto each number as you count. I know it’s not totally accurate, but it’s a good way of getting a rough idea if you want to count seconds, your phone is out of battery and you don’t have a stopwatch to hand at that particular moment.

6 You might already have heard the story of the prince who established the town of Singapura after he thought he saw a lion on the island? Well, who knows if it’s true or not, but what we do know is what the prince saw was probably not a lion as lions are not native to the region. Maybe it was a tiger? Or two people in a lion costume, like those two-people horse costumes you see on Halloween?
‍
7 A lingua franca of a country or region is basically the “common language” that people generally use to communicate with one another.

8 On Google Maps, if you go to this particular street in western Tokyo and hit “street view”, you’ll find a group of people dressed up with pigeon heads staring at you. It’s kind of funny and creepy at the same time.

9 Vanuatu has a lot of languages — 138, to be precise — making it the most language-dense country in the world. Basically that means that it’s the country with the highest number of languages compared to its size.

10 Blackbirding was a practice back in the colonial days when people would be kidnapped or forced into slavery.

GET YOUR COAT, WE’RE LEAVING.